Matica’s Board of Directors was appointed on September 30, 2019 and integrated on October 21, 2019. The Board will be in charge until the approval of the financial statement for the year ending on December 31, 2021. 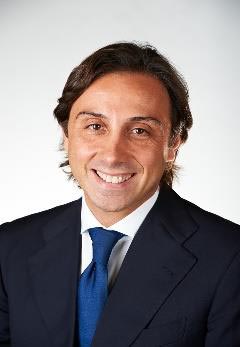 President of the Board of Directors

Sandro Camilleri has a degree in Business Administration and Finance from the European Business School in London, and attended a post-graduate course specializing in Mergers and Acquisitions at Wharton University of Philadelphia.

Over the last ten years, Mr. Camilleri has gained extensive knowledge of the Secure ID and Payment industry with significant “hands on” international business experience within Europe, the Middle East and Asia.

He is currently President of Matica Fintec S.p.A. and Chairman and CEO of Matica Technologies AG. 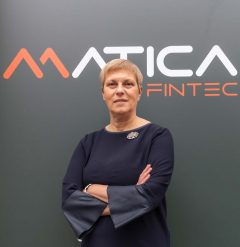 Member of the Board of Directors

Gabriella Minerva has a degree in Business Administration and Finance from the Bocconi University in Milan. From 1981 to 1990 she covers positions as head of administration department in different companies. 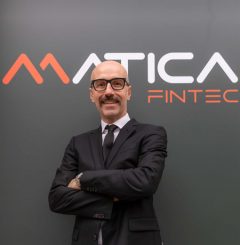 Operation Director – Member of the Board of Directors

Pietro Broggian has a degree in Engineering of Industrial Technologies and he hold a master in Production Systems in the Politecnico of Milan University.

From 1997 to 2000 he covers the position of controller in the primary aluminium division in Alcoa;

From 2000 to 2002 he is manager of Team Planning and Economic Analysis in Vodafone Italia;

From 2002 to 2017 he works in Broggian Diffusione S.p.A., company that operates in the jewelry market, where Pietro gains experience in extraordinary finance operations, planning and control.
In 2019 he joins Matica Fintec family as Operation Director and Member of the Board of Directors. 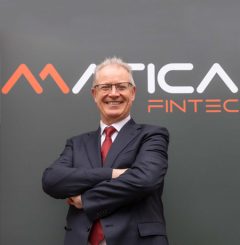 Technical Director – Member of the Board of Directors

Massimo Pegoraro has a degree in Electrical Engineering Technician. From 1982 to 1992 he covered the position of technician for plastic cards embossing machines for the Italian market in FIMA.

From 1992 to 1998 he worked as International Technical Support Manager in CIM, producer of plastic card personalization systems.

From 1998 he worked for Matica, where he covered different positions as Director, from R&D, to TCC and Technical Department. 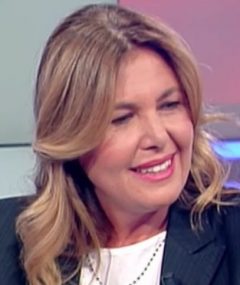 Independent Member of the Board of Directors

Gigliola Falvo has a degree in Electronic Engineering from “La Sapienza” University in Rome. In 1998 she covered the position of business information systems analyst in Sysdata Italia (Datamat Group) and from 1998 to 1999 she was analyst of the division business consulting both in Italy and Internationally in the market of Telecommunication and Advanced Technology.

From 1999 to 2001 she covered an operative position in the strategic committee in Ericsson Telecomunicazione S.p.A., being part of the management team at the spinoff of the Ericsson Group in the Enterprise Division. In this operation she worked in particular on the definition of the business plan and the post spinoff three-year strategic plan, on the business relationship with purchaser and with the Italian branch of the lending bank.

From 2001 to 2007 she was manager of VoIP service providing and innovation business units in Enterprise Digital Architets S.p.A.

From 2007 to 2011 she was principal of the practice TIME (Telecoms, Information, Media and Electronics) in Arthur D.Little S.p.A. and was responsible of the development and management of the Media/Internet for the Italian market.

From 2011 she covered different positions in Poste Italiane S.p.A., such as marketing manager of the digital services, and digital manager.

From September 2018 she is senior director broadband operations in SKY Italia S.p.A.

Board of Statutory Auditors

Matica’ Board of Statutory Auditors in charge on the date of the Admission Document was appointed by the Shareholders Meeting on September 30, 2019. The Board will be in charge until the approval of the financial statement for the year ending on December 31, 2021.

Chairman of the Board

Roberto Santagostino has a degree in Economics from Università degli Studi of Pavia.

From 1989 he is enrolled in the register of Chartered Accountants of Novara (registration number 155/A).

From 1994 to 2012 Roberto was member of the Consiglio dell’Ordine dei Dottori Commercialisti di Novara.

From 2002 to 2012 he was member of the Commissione Deontologica dell’Ordine dei Dottori Commercialisti e degli Esperti Contabili di Novara.

From 1989 to 2007 he was Partner in the company Studio Malferrari Croci Santagostino and in 2007 he founded Studio Santagostino.

Roberto Santagostino is specialized in inter alia, business consulting, corporate law, fiscal consulting, extraordinary operations such as joint ventures, international groups and M&As. He gained his experience in the European Community, in the United States, as well as in Tunisia, Senegal, Dubai, Thailand, Japan and Brazil.

Member of the Board

Umberto Invidiata has a degree in Economics from Università degli Studi of Palermo.

From 1995 he is enrolled in the register of Chartered Accountants of Palermo (registration number 1200/A).

From 2000 Umberto is enrolled in the register of Technical Consultant of the Court of Palermo under the division Chartered Accountants.

From 1998 Umberto has his own company of business consultancy for national and International companies, in different markets, both in the private and in the public sector.

Member of the Board

Raffaele Fiorella has a degree in Economics and a master in Corporate Finance. He has over 20 years of experience in corporate finance, debt restructuring and M&A advisory.

He is an expert in Corporate Finance Transactions. In numerous contexts, he has assumed the role of Chief Restructuring Officer (CRO) for consolidation, restructuring or liquidation processes. He has also played important roles in the definition of restructuring programs, in the coordination of entrepreneurs, managements and advisors and in the implementation of those programs.

Alternate Member of the Board

Filippo Spiaggia has a degree in Economics from Università degli Studi di Palermo.

From 2010 he is enrolled in the register of Chartered Accountants of Palermo (registration number 2017/A).

From 2010 Filippo has his own company and offers business consultancy for National and International companies, both in the private and in the public sector.

From 2006 to 2018 he also worked in collaboration with the main consulting companies of Palermo.

Alternate Member of the Board

Alessandro Cella has a degree in Economics from the University of Torino.

From 2017 to 2018 he operated as strategic consultant for construction companies and ITL.

From 2015 Alessandro is an associate in the Mottura firm in Rome, specialized in corporate reorganization, special situations and executive proceedings.

The auditing company appointed is Audirevi S.p.A. The firm will be in charge until the approval of the financial statement for the year ending on December 31, 2019.